What is Industrial Laser Ablation?

Laser ablation is a lesser-known technique among the many laser techniques used industrially for several processes. Gordon Gould invented the technique when he switched to the Q-switching method as this produces pulsed laser beams with high peak power that can ablate different materials. 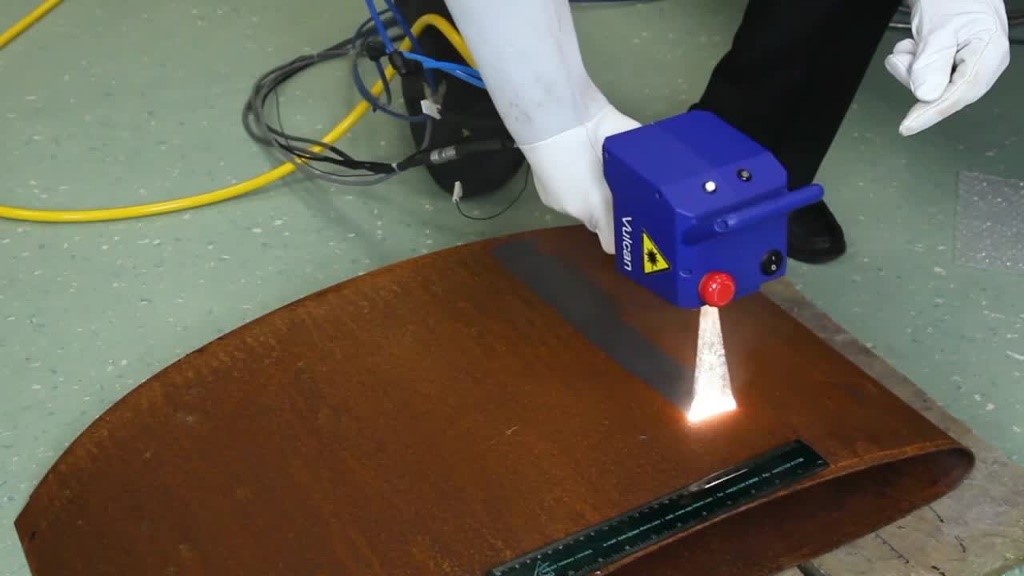 Laser ablation is applicable for marking, cutting, texturing, and cleaning different materials. This article will introduce the process, its parameters, associated processes, and advantages/disadvantages to help you learn more about the technique. Read on.

What is Laser Ablation? 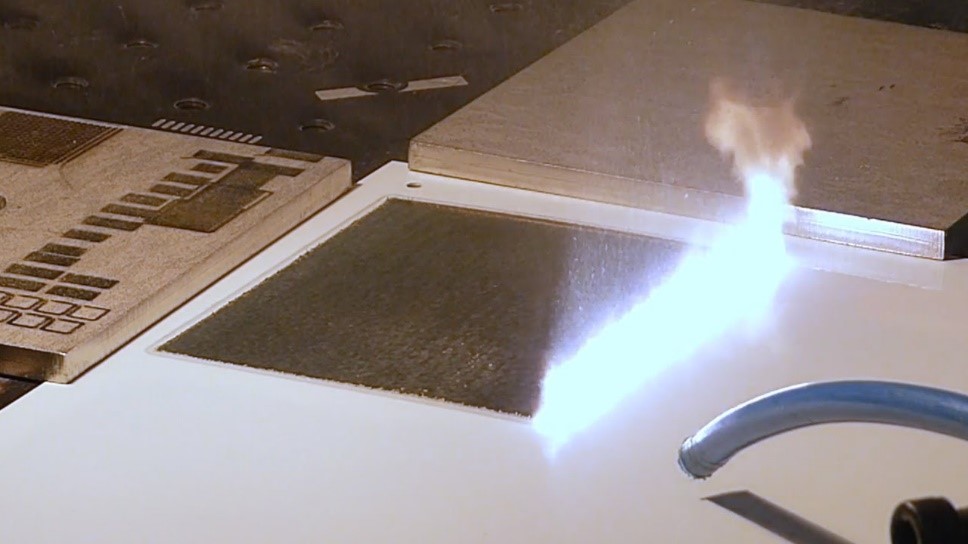 Laser ablation is a technique that involves using a laser marking machine to remove materials from a part. The laser machines used are majorly CO2 or fiber laser technology as they can generate pulsed laser beams with high peak power required to remove the materials.

All laser machines used for ablation work the same way, depending on the materials. Every material has its ablation threshold above it, and the material is ablated and vaporized into fumes. Below it, the material’s temperature will only increase, and laser welding occurs. Due to the formation of fumes, you need a fume extraction system.

What Are the Laser Ablation Parameters? 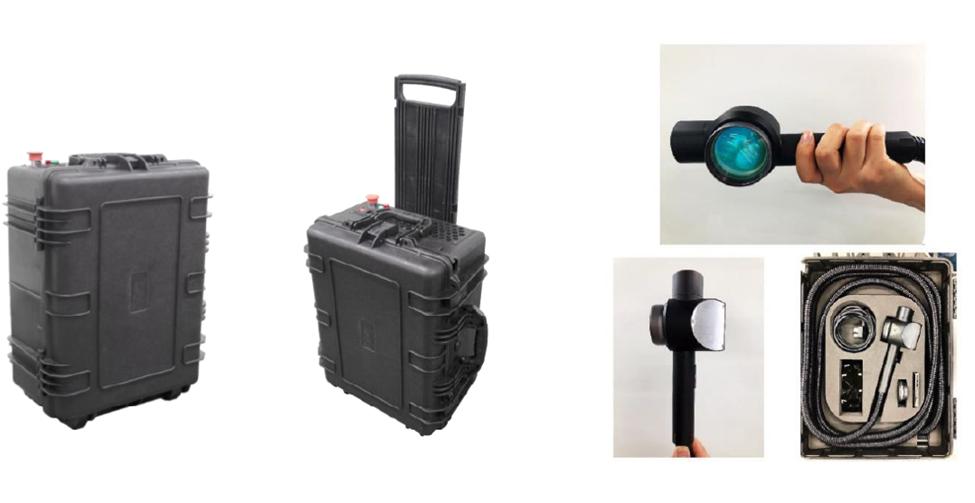 Laser beams are reflected and absorbed when they hit a workpiece’s surface. The laser energy must be absorbed and converted to heat for ablation to occur. The extent of reflection and absorption of the laser beam depends on the marking machine’s wavelength and the material to be marked. Every laser machine has a different wavelength, and you should choose one that has is least reflected. For example, you can use a fiber laser for metals and CO2 for plastics and other organic materials.

The larger the beam diameter, the more the dispersion of laser energy. Therefore, ablation might not be possible with laser machines with high beam diameters. If you want efficient energy use, you should reduce the beam diameter. For example, the 100W laser cleaning machine has an adjustable beam diameter of 4.0mm±0.5mm.

Beam quality measures the focus-ability of a laser beam. It is measured in M2, and highly efficient laser ablation machines have a value close to 1. Machines having a high M2 value are hard to focus and can’t generate high energy for ablation.

The focal distance is where the laser beam is focused on the targeted area. You can change it by using various focusing optics to generate optimal results.

This is the energy that the laser marking machine measured in watts. Pulsed lasers are preferred for ablation because they generate high laser power.

This is the time between the pulse’s beginning and end expressed in microseconds, nanoseconds, picoseconds, or femtoseconds. Laser marking machines with short pulses can generate high energy peaks required for most laser applications. However, they need much control to prevent melting.

What Are the Industrial Applications of Laser Ablation?

The technique is integral and applicable in many laser processing applications. Below are several industrial applications of laser ablation. 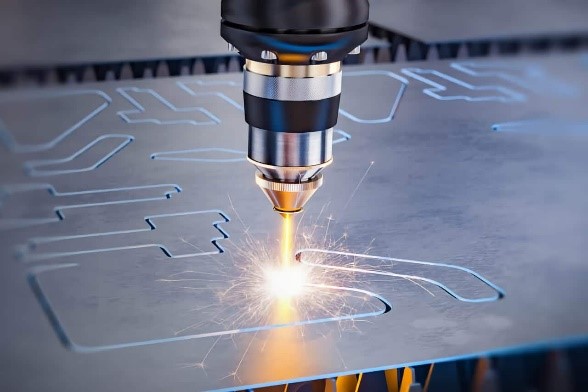 Laser marking involves using a laser beam to create permanent markings on a part’s surfaces. It is an essential process in achieving part traceability. Different laser marking processes use laser ablation, with laser etching and engraving being the most common. However, not all laser marking processes ablate their workpiece. For example, laser annealing induces a color change instead of ablating the material. 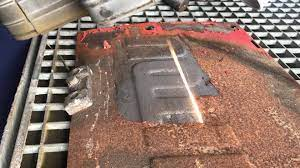 Laser ablation is applicable in cleaning some materials of rust (where it is termed laser rust removal), oxide, and paint. Machines used for rust removal must have high laser power, e.g., the 100W laser cleaning machine can break chemical bonds that hold the materials together to the workpiece. It works by targeting the different ablation thresholds of the materials, and in this scenario, rust, oxide, and paint have a lesser threshold than the workpiece. Therefore, you can target them without impacting the base material.

You can use laser ablation to modify the surface of a workpiece for processes such as painting, thermal spray coating, and adhesive bonding.

What Are the Benefits of Laser Ablation? 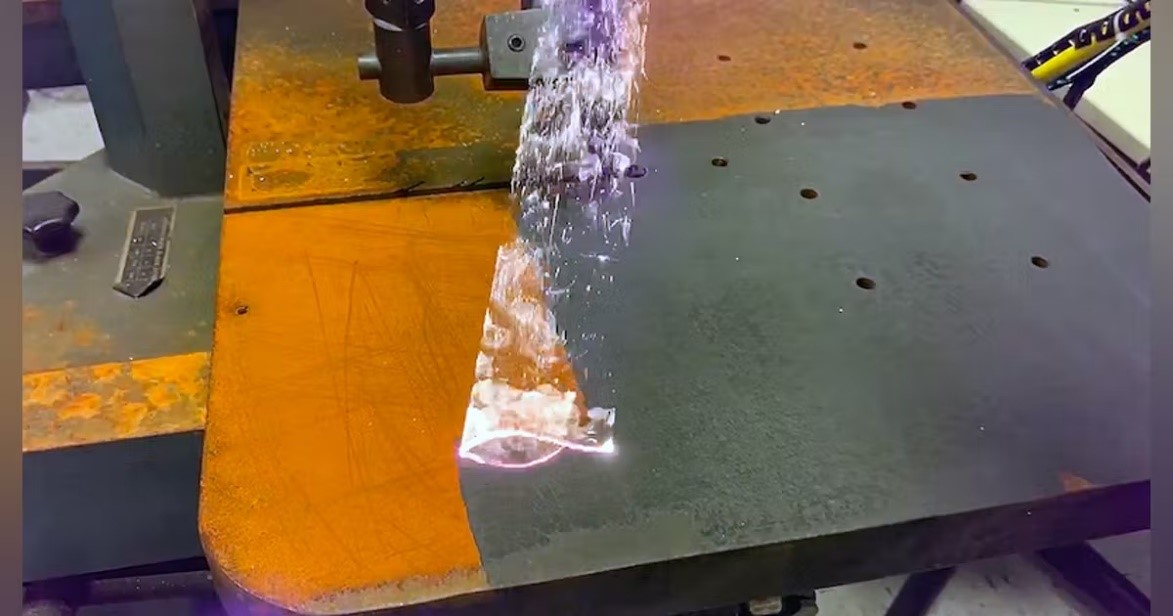 Laser ablation also has its merits and demerits. Below are a few to note whether you use it for marking, cleaning, or texturing.

What HeatSign Can Do for You

Laser ablation has several applications in industrial part marking, cutting, rust removal, and texturing. This article discusses everything you need to know about the technique and how to work on the different parameters after getting a laser machine. Contact our team to know more about laser ablation and the machines you can use.

Marking Technologies for Anti-counterfeiting: Every Business Should Know
May 27, 2022

How To Get Control Over Industrial Part Marking Noise?
May 23, 2022

How Do I Choose the Right Laser Marking Technology?
May 20, 2022