Price: depends on Your needs

For efficient and effective marking, many companies, especially those in the automotive, aerospace, and energy industries consider the HeatSign (HS-PFL20-B) the ultimate portable laser marking machine. The marking machine operates via laser etching technology, combining its features and functions in marking products made from metal and some plastic materials.

The HeatSign portable laser etcher is a handheld fiber laser marking machine that operates based on laser etching technology (it melts the target surface and raises it). The machine is popular for its portability and smallness. While many would expect it to function less due to its size, it is considered an industrial level marking machine.

Components of the Handheld Laser Etcher

The HS-PFL20-B and HS-PFL30-B comprise two parts that house the components responsible for their functionality. Below are the two parts and their components.

The high quality laser head has a dimension of 235 x 120 x 135  mm and is responsible for marking the designated materials. It has a dome shape which acts as protection. Therefore, there is no need for safety goggles during use (albeit careful handling is required not to expose the laser to the operator). The marking head weighs 1.25kg making it a small and light laser engraving machine that can print on the go.

The control box has a small dimension and small weighs . It houses the laser and other components responsible for controlling and actualizing the laser etching technology (hence, the name control box). Together with the marking head, the small design making it portable and suitable for marking several materials.

The most spectacular part of the Control box is the software. The software operates on the Linux OS. It is accessible by USB flash driver import the graphics for the laser marking process.

This handheld laser engraver is the ideal marking machine for various industries due to its impeccable features. Below are explanations of its features and why you should choose it over other machines.

As a laser engraver enthusiast, the power output source is one of the first things you check when getting a new laser marking machine. The machine’s power output is responsible for the type of materials to mark, the efficiency, the engraving range, and the dexterity of using it.

The HeatSign portable laser etcher has a power output source of 20W/30W (i.e., the HS-PFL30-B). Consequently, both variants are suitable for many materials such as aluminum, hard plastic, metals, and others.

It has a power-saving feature (automatic start and stop design) that saves electricity by automatically stopping after 60 seconds of standby. You can then restart the machine by tapping the screen. This makes it the perfect laser engraver for those worried about power supply.

The operating system/software is another feature that puts the HS-PLF20-B/ HS-PFL30-B on the top tier among other portable laser engraving machines.

The software runs on Linux and adopts an 8-core processor with a high-security level. Consequently, marking is stable with fast response speed. The software has a very good user experience, making marking any material very easy.

The software allows you to customize the design you want to mark. These could be barcodes, text, pattern, QR code, barcode, serial number, graphics and other things.

You can import the design and edit them before printing them on the materials. You can also change the language of the laser engraver.

The portable laser engraver runs on a 24V lithium battery. Therefore, you can use it for about 4-6 hours under normal use. You can also charge it, making it easy to work continuously and improving processing efficiency.

Another feature that makes the laser engraver effective is its cooling system, reducing the heat generated during marking. The HS-PLF20-B/ HS-PFL30-B runs on an air cooling system. The cooling system works by circulating air over the hot areas of the marking machine using cooling fins to cool it down. Consequently, the diodes and other heat-sensitive parts are not affected by heat.

The laser engraver is unique. Below are several reasons why you should choose the machine for your job.

The HS-PFL20-B portable fiber laser marking machine adopts an industrial design. Although it is portable and small, it is very powerful, robust, and reliable.

Unlike some laser marking machines, the laser etcher is easy to carry, with a weight of 6 kg and a marking head of only 1.25 kg.

The product has a USB interface to import your graphics into software to mark. The software supports text, patterns, 2D codes, bar codes, running numbers, graphics, and other marking content.

In addition, the HS-PFL20-B portable handheld laser engraver has a special case for easy storage and can be carried to different locations. In a word, it is one of the smallest rechargeable laser markers on the market today! An ergonomic grip for comfortable holding and easy operation.

How to Use the HeatSign Portable Laser Etcher

· Step 1: Get Your Design Ready

The handheld laser engraver’s software allows you to design or import made design and mark it on the intended materials. Designing the mark is possible using the software

Move the file you want to mark to a USB drive or other devices to import the design. Connect the USB drive to the control box

The software allows you to edit the design in different ways. For example, you can add text using different fonts and increase font size.

After editing the design, set the handheld laser engraver to the required power you want to mark. The right laser power depends on the materials you are marking. Place the marking head on the surface you want to mark and begin the process. Ensure you wear the appropriate protection to protect against laser smoke and other adverse laser marking effects.

You can also check the video below how it works

What Can the HeatSign Portable Laser Etcher Mark? 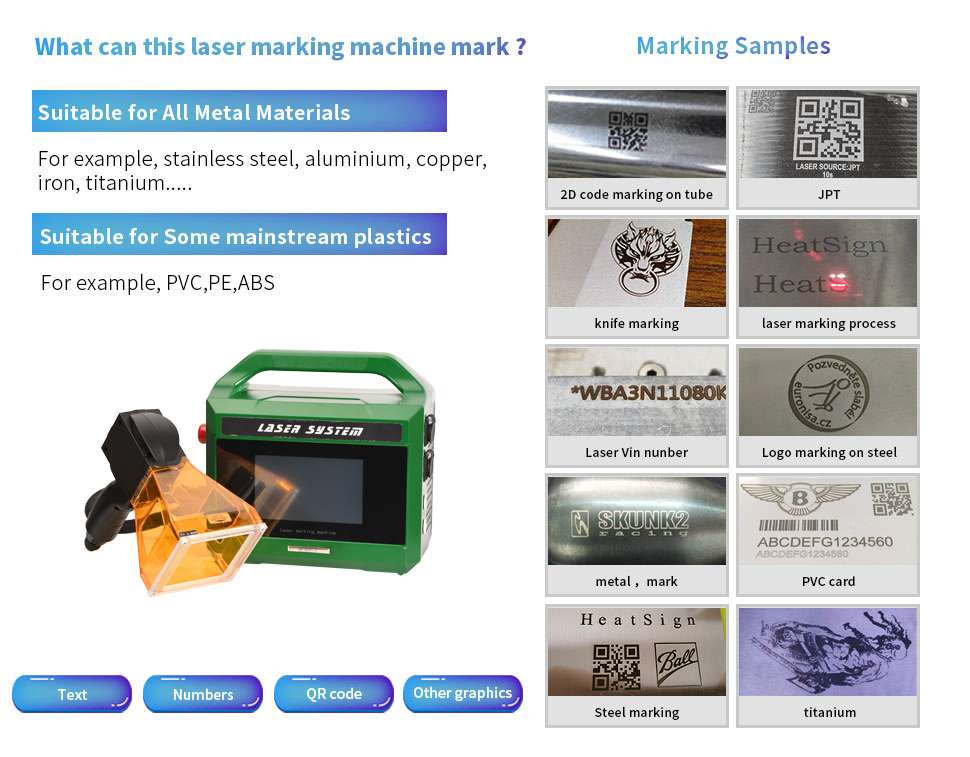 The HeatSign portable handheld laser etching machine is suitable for several materials with non-industrial or industrial standards. It can work on metal materials such as stainless steel, aluminum, and some hard plastics.

The HeatSign portable laser etcher has several industrial applications. Below are a few industries and products where is handheld laser engraver is applicable.

Laser engraving has been an important part of the automobile manufacturing industry based on its precision, accuracy, permanent marking, batch coding support, etc. This laser etcher also adds the portability advantage without losing industrial relevance, an advantage important in nameplate marking.

The metal processing industry is one of the largest laser etching and engraving processes. The HeatSign handheld machine is suitable due to its permanent mark. Although small and subsequently small, the machine has a high industrial marking capability suitable for different metal parts.

The handheld laser engraver is also suitable for different household materials. For example, it is suitable for marking dog tags.

The HeatSign laser etcher is the ultimate compact laser etcher suitable for several industries. Choosing the right machine for a particular material or job should be anchored on in-depth product knowledge. Therefore, this article introduced the laser etcher, its component, uses, and benefits. The machine is unique. However, there are also other laser engraving machines you can use. Consult us at HeatSign to learn more. 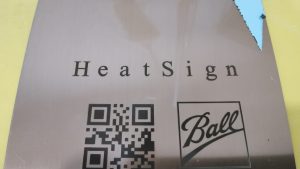 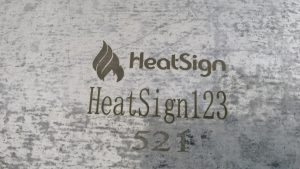 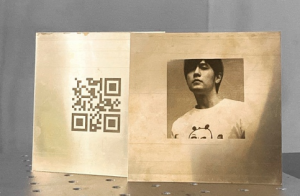 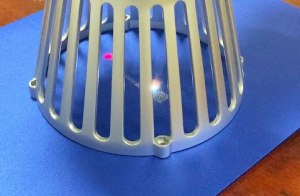 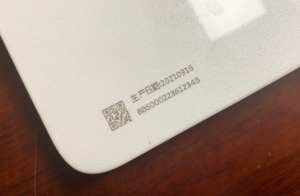 You have to consider many features when choosing a handheld laser engraver. However, the most important is arguably the laser (laser properties, laser mirror plane, etc.), as this would determine the type of materials you can mark. This does not render other features unimportant, as you have to consider features such as power output, connectivity, cooling system, and software.

Both machines fall into different laser class and work based on different mechanisms. A laser etching machine is a fiber laser marking machine that melts and raises the material's surface to mark it. A handheld fiber laser engraver works using a laser beam to act as a chisel. The engraving process marks the material at a specified depth depending on the laser power.

What is the package? Is that Safe during Shipping?

We provide 2-layer packaging for transporting the handheld laser engraving machine: For the outside, we use a thick carton box to prevent the machine from being worn out. We fill the carton with foam to prevent internal wear caused by the shaking of the machine. Before shipment, all damage factors have been considered to ensure that the items are completely safe before shipment.

What is the machine delivery time?

Normally the machine production time is 5 working days. Then the machine will be sent by air express like FedEx and TNT  for shipping. The estimated time is 4 ~ 6 working days for the product shipping to reach your place. The shipping process is extremely transparent, and you can track your product throughout the shipping process. All you have to do is raise the order and leave the shipping set delivery to our experienced agents. Once you have placed the order, we will let you know about the confirmation code of the order and the tracking details that you can use to track your shipping.

How to install and run the machine?

Customers often ask this question. The answer is that our engineers have installed and tested the machine before shipping. We will send a detailed training video, user manual, and the machine for some small parts installation and how to run the machine. The video is extremely easy and self-explanatory and can help you assemble the machine in no time.

How can I get support after purchasing/shipping?

For the machine use and software guide, we offer online support in English through our online contact through popular platforms/apps like Skype account, WhatsApp business account, Wechat app or Email account, video, etc. If needed, a remote connection with a video link can also be established, and we can use TeamViewer app/software to resolve your software issue remotely. Whereas for hardware problems, we can guide you to check which part has a problem and then send new for replacement via shipping. If you have any queries on this, you can ask us at any time.

Find answers on the blog or get personal consultation

We are using this equipment to mark large spare parts of agricultural machinery. This is perhaps the only solution on the market when portability is perfectly combined with efficiency.

HS-PFL20 Portable Handheld Laser Engraver is very convenient and unpretentious. I liked the fact that it does not require consumables. The quality of the design and its execution do not require skills for its installation, even a schoolboy will be able to manage it. We purchased this printer and increased productivity. It was also a great surprise that we reduced the lead time for the orders of our customers with its help. Summing up, it’s a great tool for a business and it is worth investing in!

Manufacturing small hi-tech parts for the tech industry is a challenge because precision and smart design are the name of the game – not forgetting keeping every millimeter of the part in one piece, of course. We couldn’t be happier with what these laser etching machines allow us to do, including to mark and make sure that no one can copy and claim the unique quality that we strive to offer to our clients.